More resorts to be constructed at Thar 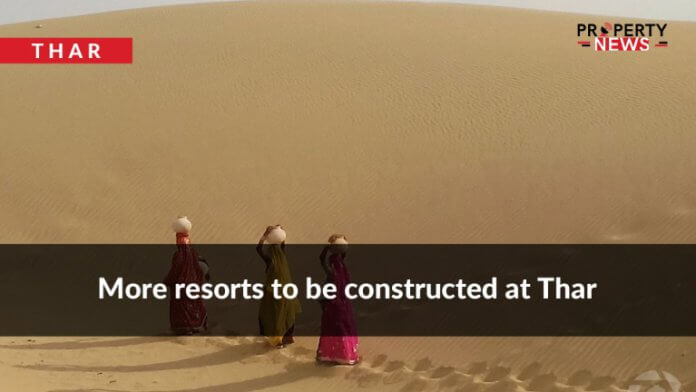 Thar: According to a recent news report, the Sindh Minister for Culture, Tourism and Archives, Syed Sardar Ali Shah, visited the historical and archaeological sites in the Parkar region of Tharparkar district to inspect the ongoing construction and rehabilitation work along with the archaeologists, experts and lawmakers from the region.

He said that the Sindh government was all set to construct a resort at the Churio temple under the pre-fabricated structure to provide more faculties to those visiting the ancient sacred sites of Hindus and those keeping their keen interests in such historical sites.”

Keeping in view the authentic significance and meaning of such locales and spots in the Parkar zone we are additionally going to build a visitor house for the archaeologists and specialists with the goal that they can accomplish more examination on Jain sanctuaries and other such destinations” he added.

Thar as it is known an open historical center of the nature needs such hotels and investigates so the delightful part of the green desert area and its old destinations can stand out enough to be noticed” he added and said that in coming years the locale would be known as perhaps the most visited spot of the country.

The Sindh Minister said that he had already personally encouraged and supported those writers, poets, singers, and artists, who were trying to depict the beautiful aspect of the desert. Senator Gianchand, MPAs including Qasim Siraj Soomro, Syed Ameer Ali Shah and the officials of the department were accompanying Mr. Shah during his official visit to various points.