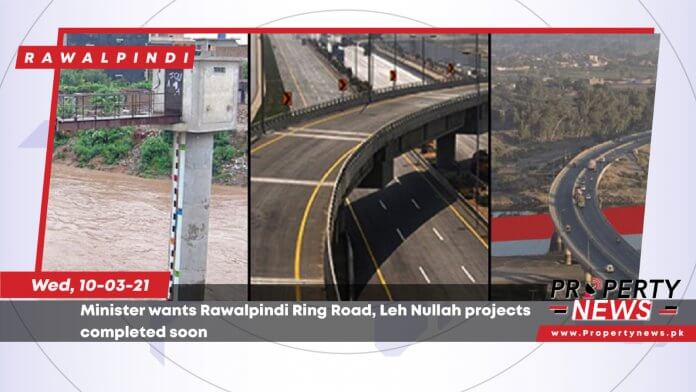 Rawalpindi: According to a source, the Punjab Minister for Housing, Urban Development and Public Health Engineering Mian Mehmood Rasheed has directed the Rawalpindi Development Authority (RDA) to complete the Ring Road and Leh Nullah Expressway projects as soon as possible.

“Lahore Development Authority (LDA’s) Naya Pakistan Apartments style project should also be launched in Rawalpindi. LDA will provide all technical support in this regard,” he said.

Officials from the RDA briefed Mr. Rasheed on the civic agency’s results. According to them, a PC-1 for the Leh Nullah Express Urban Regeneration Project Management Unit is being planned, and work on Special Economic Zones (SEZs) adjacent to the Rawalpindi Ring Road (RRR) project will begin soon.