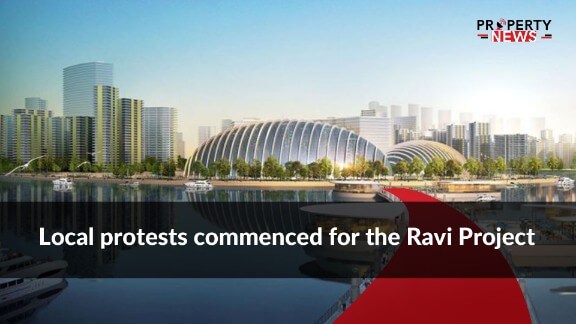 Lahore: According to a piece of recent news, several residents of numerous villages organized a protest demonstration against the government for what they claimed they were unlawfully occupying their property for the Ravi Riverfront Urban Development Project.

The demonstrators shouted slogans against the government and called Prime Minister Imran Khan the “head of the land mafia.” They lamented that the region, which is rich in the production of fresh vegetables and fruit supplied to the provincial capital of Lahore and other cities, had been taken over by the government for the scheme, which they believed would only help the land mafia.

The protestors then said that the land along the River Ravi was wrongly stated barren by the government.