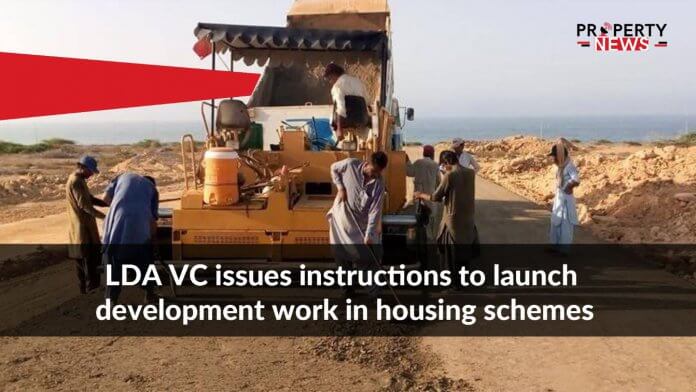 Read More: Commercial Plot Files to be launched soon through the Balloting process in LDA City

According to information, Mr. Imran was receiving complaints through the Citizen Portal, where concerned individuals, had submitted various complaints about the three housing societies. hence, the LDA official visited all three of the housing society site.

He also showed disapproval on the concerned officials who created delays in the development and processing of these projects. He asked them to immediately launch the development schemes for the repairs of roads and resolve all other issues that were being faced by the public and residents that were living in those schemes.

Read More: Applications invited by LDA for construction of NPHP apartments, other projects

According to reports, the civic agency intends to launch development work, including the construction of a boundary wall to separate LDA Avenue-1 from an adjacent village, in these schemes. The boundary wall is expected to be constructed for a cost of Rs. 47 million.

For more details and information, visit our website Property News.