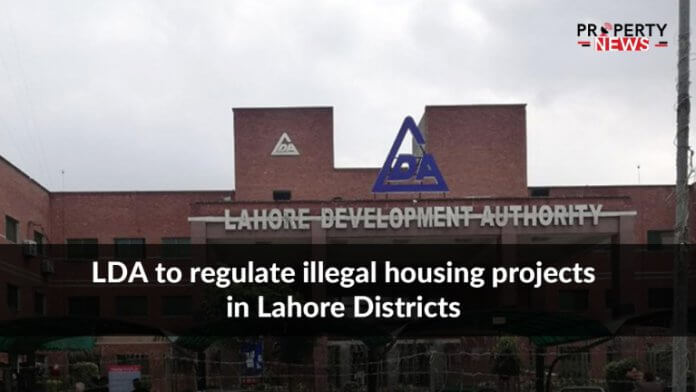 Lahore: According to a piece of recent news published on the 22nd of January, the Lahore Development Authority (LDA) has announced its decision to regulate over 100 unauthorized housing projects under a new scheme.

According to the details revealed, the concerned officials, have gained approval for this scheme planned for the Lahore Division from Judicial Commission on Water and Environment. The LDA scheme will facilitate unlawful housing projects to pay regularization fee and fine imposed against building bylaw violations.

The report states that the Lahore Division contains 365 approved housing projects, while 576 housing projects are yet to be cleared. Out of these illegal housing projects, the authority aims to regularize schemes that are closer to densely-populated areas and found to have committed minor breaches.

For more news and updates visit our website Property News.