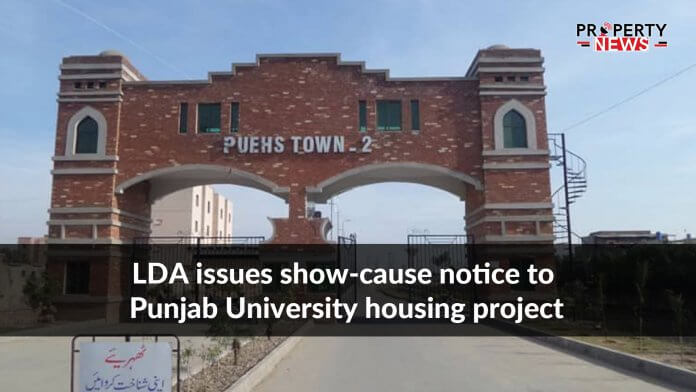 Lahore: According to a recent news report the Lahore Development Authority (LDA) has issued a show-cause notice to a housing scheme, launched by the Punjab University in 2015, for carrying out development unlawfully without getting approval from the authority.

“It has been observed that in violation of the cited provisions of the LDA Act-1975, you have established an illegal and unlawful housing scheme by constructing infrastructure (sewerage, roads etc.) with getting approval from the competent authority. You are also advertising the scheme in print and electronic media unlawfully,” reads the notice served to the developers of the scheme.

The housing initiative, called the Jamia Town Housing Scheme, was initiated by the university about five years before. Under the scheme, the land was to be exchanged in the office of registrar while the financial transfers were to be done by the treasury office of the university.

Around 1,000 teachers had plots reserved, but the scheme ran into problems with clearance, redistribution of land and funds to those who were not allocated, growth, and so on.

The participants instructed company managers to install additional equipment beginning Monday, including 57 dumpers, 28 excavators, 66 trolleys, and 17 loaders, to clear the backlog as quickly as possible.

To discourage some sort of wrongdoing or fraud, the board voted to create a vigilance team of 20-25 members. The team will continue to expose any instances of fraud or misconduct within the company. It also gave its approval to the purchase of new uniforms, shoes, coats, and PPE for staff.