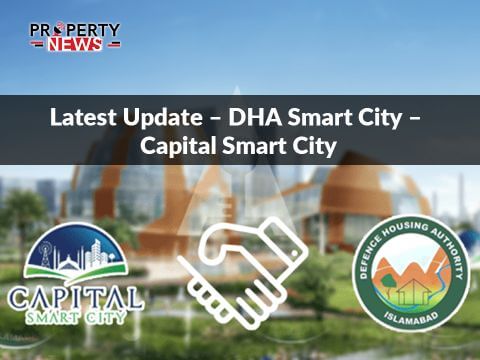 Capital Smart City is one of the two ‘smart cities’ in the history of Pakistan. It is officially listed as the world’s 23rd Smart City. Investors from all around the world are attracted to this legendary enterprise. It is the most enticing advancement of real estate management in recent years.

Besides, Capital Smart City Islamabad found it to be one of the best choices for both domestic and foreign investors. It undoubtedly puts the regulatory system, manufacturing processes and viable growth opportunities at the core of all forms of investors. 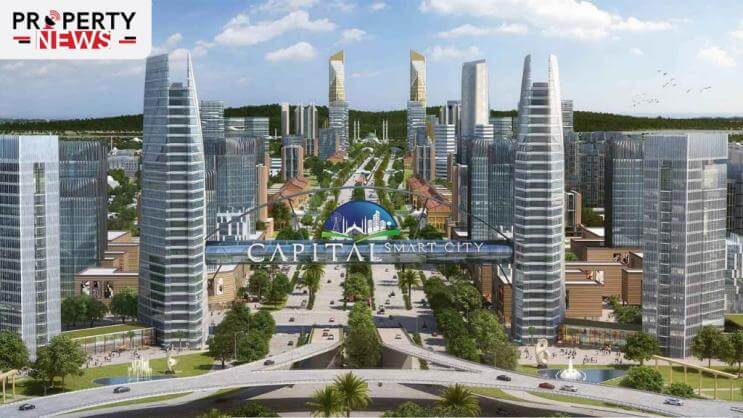 Soon, not only this but in Lahore another Mega Smart City, called Lahore Smart City, will be launched. 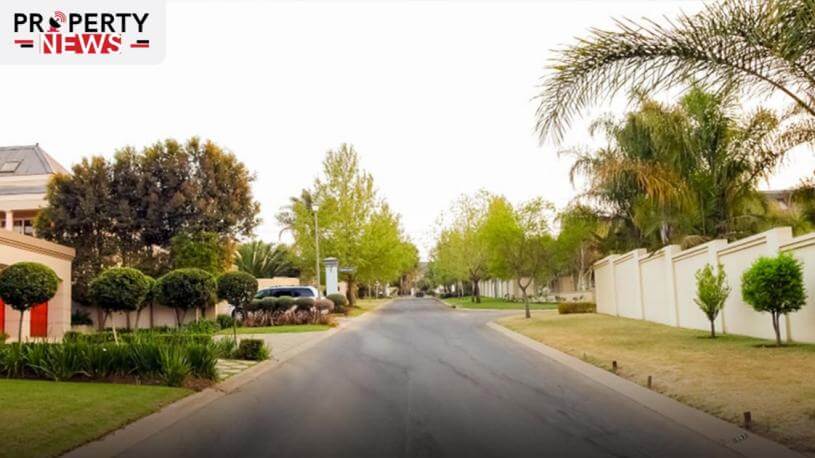 The foreign business Mövenpick Hotels & Resorts is a premium and specialized hospitality company. It’s known in particular for its luxury hotels chained. In 1940, it was founded. It provides compatible offerings with Swiss legacy and hospitality heritage.

You can feel right at home at Monenpick as you are miles from your warm-zone. Each unit is tied up to every degree with the newest and most modern amenities. It works internationally, including Asia, Europe, Africa and the Middle East. It provides an oriental way of life. Sustainability is about fulfilling the present requirements for Mövenpick Hotels & Resorts.

In this project, 250 hotel rooms and 150 apartments with service facilities will be presented with four restaurants. Furthermore, this luxurious hotel provides conference rooms or a community centre, a spa and two pools.

Harradine Golf is one of the world’s leading prominent brands in golf courses construction, design and management. It was founded in 1929. Harradine Golf was considered the king of golf because of its supreme skills. More than 200 exemplary projects have been delivered mostly in Europe, Asia, the Near East and Africa. With the help of 91 rich experience, the organization has received a variety of major PGA Tournament awards and honours.

The golf courses are constructed on various kinds of terrain. Harradine Golf claims that golf must not be a risky action, but must be an entertainment for the developers. It is also committed in its project to maintaining the regional and local essence. 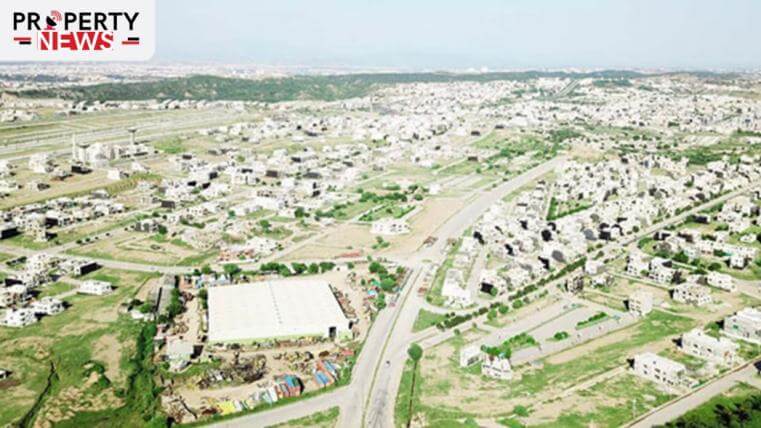 Freij Entertainment has been operating globally since 1987. The owner is a specialist in mega carnivals, outdoor festivals, travel, cirque and many other sports. Dubai Shopping Festival is a popular event hosted by the owner in particular.

The company’s history includes Bangkok, Malaysia, Singapore, India, Hong Kong, Dubai, Oman, Salalah, Silvia, Kuwait, Qatar, Bahrain, and several other countries worldwide. In Europe and America, it has also hosted magnificent shows. Besides, it features over 50 rides in an exhibition and over 60 games of skill and challenge games. 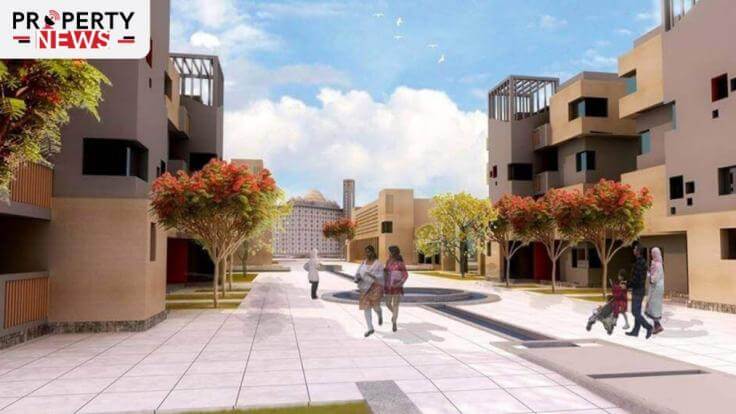 Following guidance from then, Prime Minister Zulfiqar Ali Bhutto, she is affiliated to grant an MSc in War Studies to participants of the course to the Federal University of Islamabad (now Quaid-i-Azam University). Global Security and Battle Classes merged with Safety Course earlier.

President of Pakistan is Chancellor of the National Defense University. In the meantime, three-star general management from the Pakistan Army is monitored. It was split into two faculties, namely the National Security College and the War College of the Armed Forces.

For the first time in the history of Pakistan, Trivelles Smart Villas provides smart homes in Capital Smart City. The houses are designed on a revolutionary idea of housing, in which people choose to live and experience new technologies and comfort. 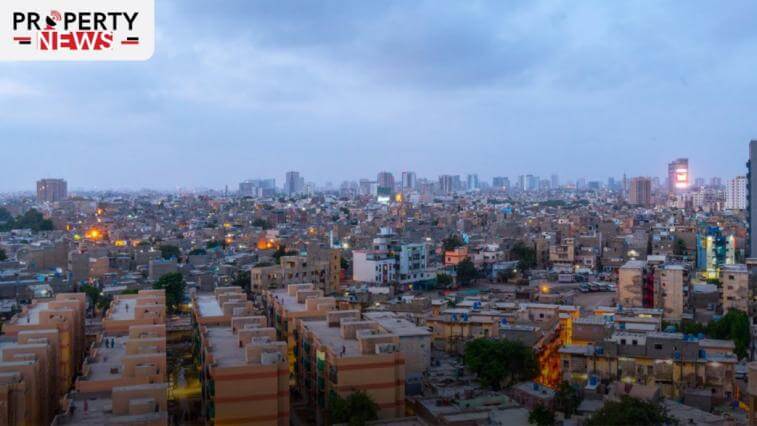 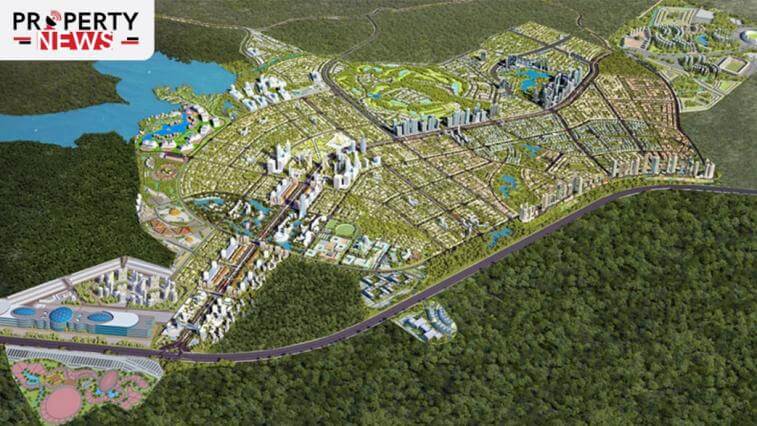 There are various districts can be categorized under the master map of Capital Smart City that includes districts and sub-districts. The following names of the community are mentioned below; 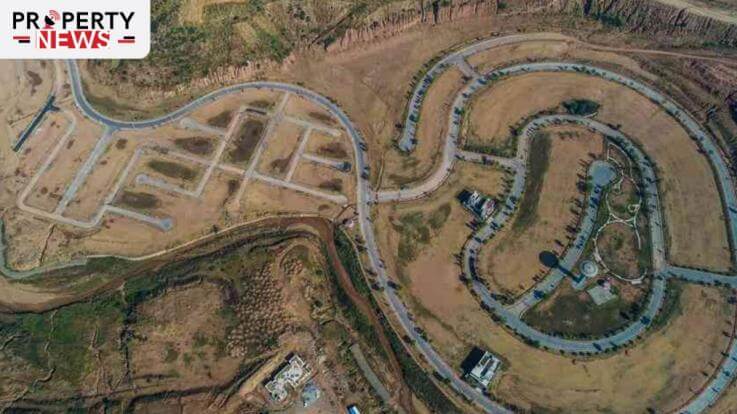 Twist in the Development Process of Capital Smart City

Besides, the city has long been engulfed by speculation of Capital Smart City, Islamabad and DHA Merging development processes. However, there is no official announcement of this sort has yet been released.

Some people considered that the agreement had been concluded and that it had just been announced; others claimed that it had been some fake creation or something that had only been addressed. Neither of these was right, and somewhere in the centre lies the truth.

Although, this article is going to emphasize this part of the story to get our customers the latest update about DHA Smart City.

Back in 2019, RDA carried out operations against illegal housing on Chakri Road sometime between February and March 2019. The press release also mentioned the name of Capital Smart City, which created significant worries for all of us. Some days later FDH sent to RDA a letter stating that their name was misused in the press release. They further said that the NOC had also been acquired. In the same message, FDH told RDA of its continuing relationship talks with DHA.

A copy of the letter to RDA from the FDH is below: 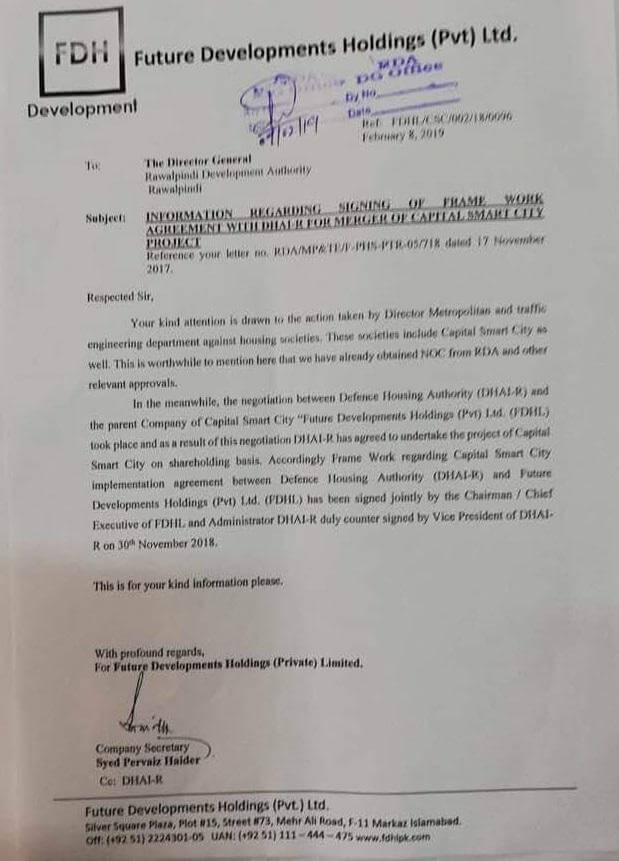 The situation for Capital Smart City got even better when such a piece of news came out, as more people became involved in this short-term housing scheme. DHA clarifies the announcement of the integration of Capital Smart City was heard in a couple of days or weeks, and both sides discussed and approved all additional terms. However, nothing concrete came up, and the news remain untackled.

On 6 May 2019, the representatives of Property News found a copy of an additional DHA letter to RDA clarifying the status of the merger. As per the latest document, DHA has told RDA, on 30 November 2018 the Joint Undertaking/Partnership/Merger Framework agreement was signed with FDH, and further negotiations/due diligence in that relation are underway.

The following is a copy of the DHA letter to RDA: 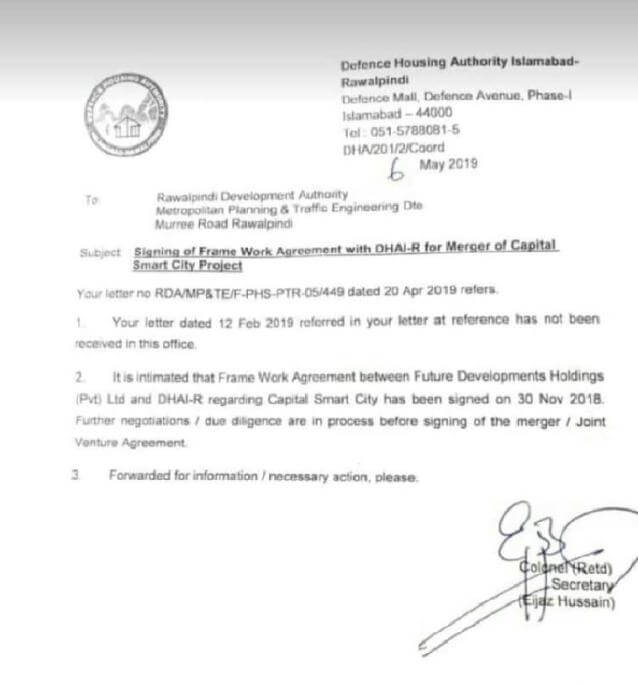 The argument is that DHA and FDH are now finalizing the talks on the terms of this merger, and people heard a significant development after Eid in June 2019.

Please contact us via e-mail at info@propertynews.pk if you need more information about Capital Smart City, or get the latest updates by dialling +92-051- 8772683

Description of the Agreement

Capital Smart City is recognized as Pakistan’s first smart city. It is, in fact, a forward-looking and creative real estate business strategy. The largest eco-friendly Smart City is expected shortly. Besides, it provides its inhabitants with outstanding residential and business opportunities.

Moreover, the developers built this smart city, especially on auto-sustainability principles. Within time this project will be made to support the residential and investment purposes in the light of the population and urban migration boom at Rawalpindi & Islamabad.

After signing of the joint venture deal, the project name will presumably be changed to “DHA Smart City.” Additionally, FDH is supposed to remain in the management and growth of society, while DHA maybe more like a silent partner in this contract. 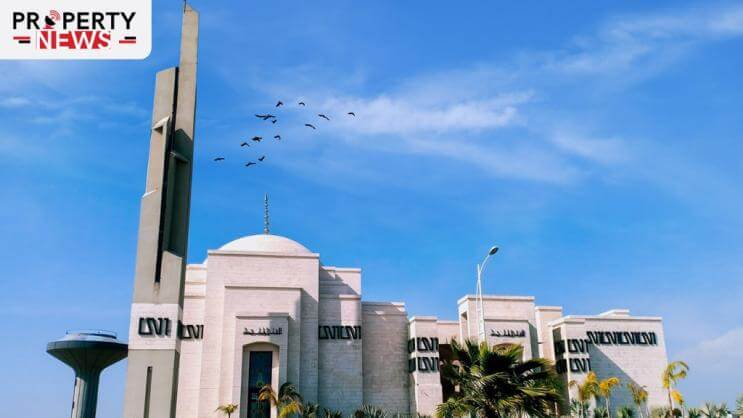 Developers of the DHA Mergers with Capital Smart City

In partnership with Habib Rafiq (Pvt) Limited, one of the best known Pakistani entrepreneurs, Capital Smart City is a Future Development Holdings Limited. In the past 60 years, HRL provides its services primarily. In the meantime, the Defense Housing Authority is one of the leading companies in Pakistan about construction and growth.

DHAI-R offers unique and attractive smart investing prospects. It creates upscale living, industrial space with all amenities and timeless beauty. DHA has spread and developed in Pakistan in the past few years at an enormous rate by retaining right consistency. As for investors and consumers, there was a surge of enthusiasm after hearing this news, as both owners are experienced and proficient.

Thus, after the deal, it is premature to indicate how many of Capital Smart City’s shares will go to DHA and how it will help society. But it is also comforting to recognize that it is a real trend rather than a simple hoax, and therefore people should expect strong investment returns as well. 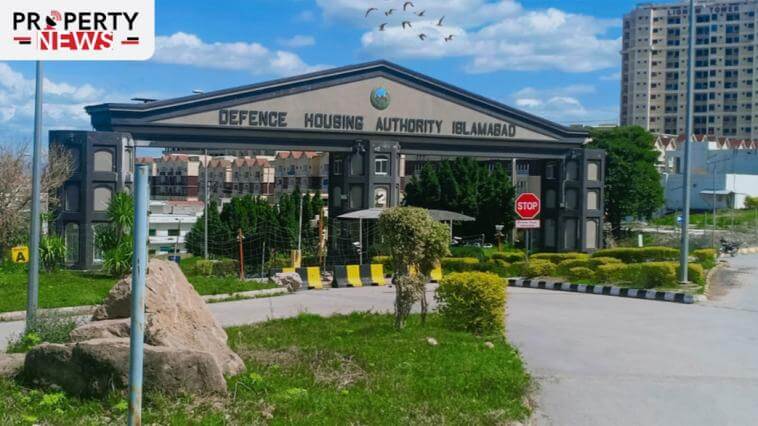 Smart City Capital is recognized as Pakistan’s first smart city. It is, in fact, a forward-looking and creative real estate business strategy. The largest eco-friendly Smart City is expected in the nearby future. Besides, it provides its inhabitants with outstanding residential and business opportunities.

The developers built this smart city, especially on auto-sustainability principles. Within time this project will be made to support the residential and investment purposes in the light of the population and urban migration boom at Rawalpindi & Islamabad.

The bulk of Capital Smart City residential plots have already been sold out. An exceptional spike can now be seen in plot transactions and sales at wards. Experts view the Smart City Capital DHA merger as a smart move.

DHA is a well-known and renowned company. The following relationship would improve the prestige of Capital Smart City with no effort. Also, it will ensure soon that this current initiative faces tremendous obstacles. The fusion will be in the immediate future that will lead this project to a high degree.