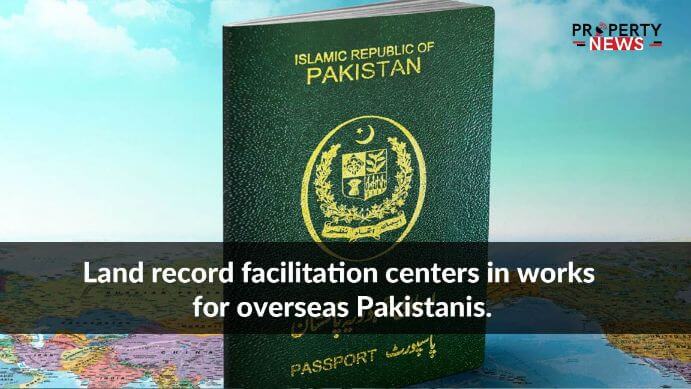 Taxila: According to the recent news report, the Government has announced to initiate computerized land record facilities for Overseas Pakistanis in four different countries. The source was reported this week.

During a press-conference in Attock on Sunday, the Provincial Minister for Revenue Colonel Malik Mohammad Anwar Khan expressed his views on the matter. It was revealed that these computerized land facilities will be set up in the Pakistani Embassy/Consulate in the following countries:

These centers and facilities will be used to assist Overseas Pakistani citizens in obtaining online documents of their properties.

The minister also stated that during the Fiscal Year 2018-19 Rs.76 billion were recovered under the agriculture income tax, while 140,000 acres of land worth Rs.1,000 billion has been recovered from the land mafia.

For more updates on these overseas facilities visit our website Property News.