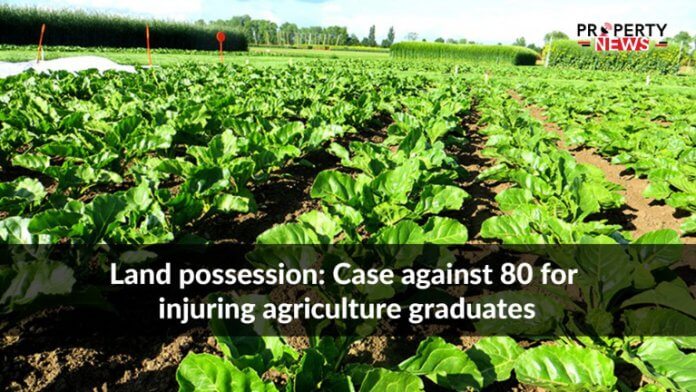 Dera Ghazi Khan: According to a recent news report, the police have registered a case against 80 people who attacked agricultural graduates to get back the possession of land by force.

Agriculture land was allotted by the Punjab government to agriculture graduates in 2010, and 34 of them were recently given possession with the help of the revenue and police departments. They were forced to flee the land on Saturday night after Shamsul Islam attacked agriculture graduates’ camps with clubs and damaged vehicles.

After the assault, which injured Asif and four others, the illegal occupants were able to reclaim the land. The Raitra police have filed a case against 82 suspects, including 36 people who have been nominated.

Read More: 75% of kilns in Multan converted to meander technology

Asif claimed that the police had failed to provide them with adequate protection. He urged Chief Minister Usman Buzdar to pay attention to the attack on agriculture graduates and the illegal occupation of land by powerful people led by Shamsul Islam, a Balochistan education department employee and his associates. A total of ten cases have been filed against 36 nominated defendants.