Lahore: Prime Minister Imran Khan has directed the Punjab government to `continue its crackdown’ on hoarders and land mafia 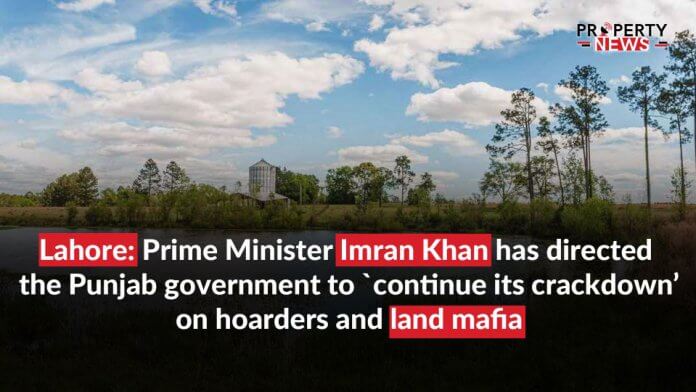 Lahore: Prime Minister Imran Khan has given orders to the government of Punjab to continue its crackdown on profiteers, land mafia etc. and to resolve the issues of price hike, joblessness and law and order within the province.

According to Dr. Firdous Ashiq Awan, the CM also promised that the government will increase the subsidy on each 10kg flour bag by Rs. 110 and ensure that sugar will be available at Rs. 60 per kg. She stated that the Punjab government would establish 313 Ramazan bazaars across the province’s 36 districts, which would later be transformed into Sahulat bazaars.

Chief Minister Usman Buzdar told the PM that he will personally visit all districts and announce packages to ensure growth, success, and prosperity, according to her.

The PM told a delegation of lawyers that lawyers’ colonies would be formed in each division of Punjab and that all lawyers in Punjab, Khyber Pakhtunkhwa, and Balochistan would be issued health cards. He added that lawyers would be given a reservation in the government’s low-cost housing program.