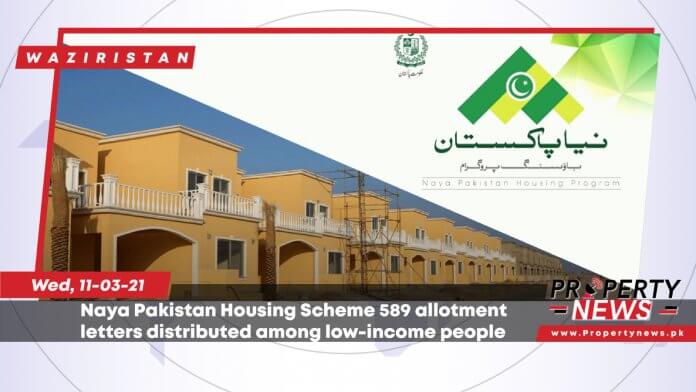 The minister congratulated the allottees and claimed that these plots are being given for Rs. 1,14,000 per Marla to low-income families. This housing scheme’s 60% of the construction has been finished. To make it smoother for the allottees, the plot price would be paid in two-year monthly instalments.

Under the Naya Pakistan Housing System, measures are being taken to provide low-cost plots and houses to residents in other districts of the province as well, he concluded.

Meanwhile, half of the 4,000 apartments to be constructed under the LDA City Naya Pakistan Apartments project, in connection with the Prime Minister’s program for construction of five million houses, will be allotted to the citizens nominated by Naya Pakistan Housing and Development Authority.

Facebook
Twitter
Pinterest
WhatsApp
Linkedin
Previous articleHyderabad: SHC asks govt to raise boundary wall around graveyard to save it from encroachers
Next articleForests along the Rawalpindi Ring Road to be protected