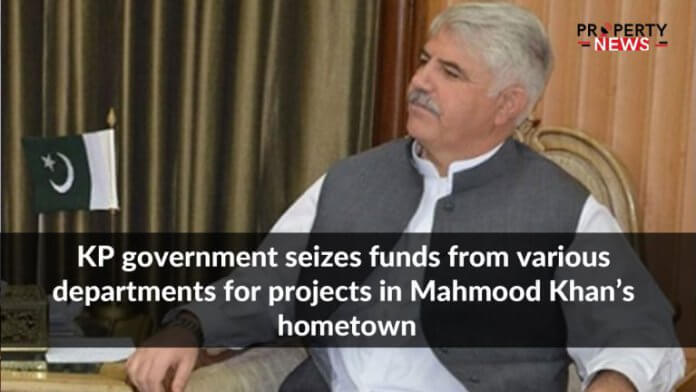 Peshawar: According to a recent news report, the Khyber Pakhtunkhwa (KP) government’s Planning and Development (P&D) department has deducted Rs 2.477 billion from various departments and transferred Rs. 1,148 million to various projects in Swat, the home district of the Chief Minister (CM) Mahmood Khan.

According to the details:

According to P&D department sources, the provincial government has deducted money from the economic recovery plan and shifted it to development projects in the Swat district.

They said that this was not the first time that such an issue had occurred, as many projects were either withdrawn from the annual development plan in the past or were not yet complete, with costs constantly rising due to the similar transfer of funds.

P&D documents show that the KP government has deducted Rs. 2.477 billion from nine departments for slow spending and transferred the funds to 13 departments in Swat, which are actively spending the funds.