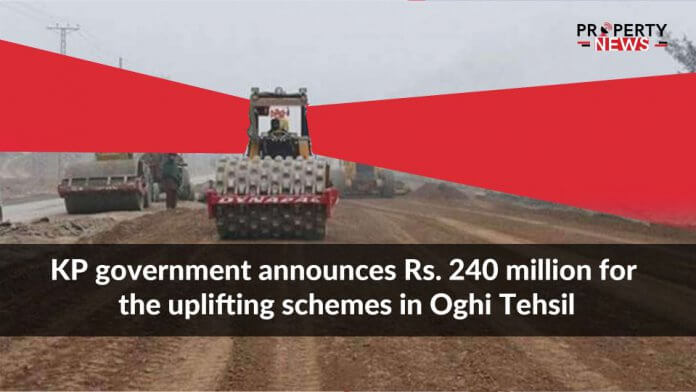 Fareed, who additionally heads the District Development Advisory Committee, expressed that the provincial chief had promised an aggregate of Rs. 440 million for the continuous improvement work in the said tehsil, adding that the excess Rs. 200 million would be given by June.

The MPA said that the Oghi-Battal Road following its completion would generate economic and employment opportunities for the local population, which would ultimately contribute to the development of the region.2

Giving a breakdown of the assets given, he said that the specialists concerned had delivered Rs. 220 million for the Oghi-Battal Road, which will interface Oghi tehsil and Tanawal with the Karakoram Highway and the Hazara Expressway following its finishing; further expressing that Rs. 20 million had been given for the development of a provincial wellbeing place.