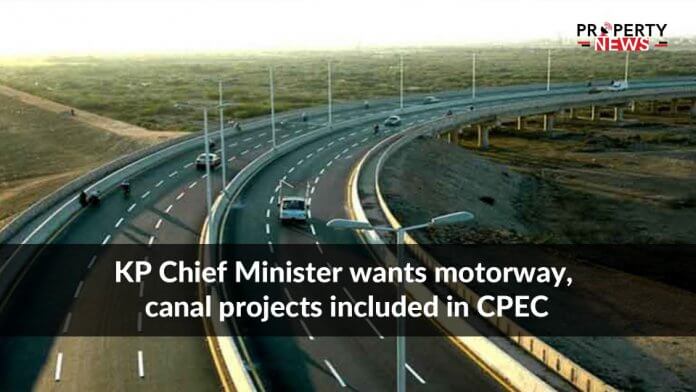 Peshawar: According to a recent news report, the Khyber Pakhtunkhwa Chief Minister (CM) Mahmood Khan has said the proposed projects of Peshawar-DI Khan Motorway, Chashma Right Bank Canal (CRBC) and Tank Zam Dam are of vital importance for agricultural and industrial development in the province, so they should be included in the CPEC portfolio.

“The inclusion of these projects in the CPEC framework is the topmost priority of the provincial government,” the chief minister told a meeting regarding CPEC projects.

The participants reviewed progress on the projects underway in the province under the CPEC framework and discussed proposals to include new mega projects in the CPEC portfolio, according to a statement issued here.

The chief minister said the Peshawar-DI Khan Motorway project would not only boost trade activities at the local level but would also play an important role to promote international trade with Afghanistan and Central Asian countries.

He said the CRBC on completion would prove to be a milestone stone to make the province self-sufficient in agricultural products. The meeting was briefed about the progress on the establishment of the Rashakai Economic Zone. It was informed that work is in progress on basic infrastructure including gas and electricity supply and construction of access roads adding that six kilometres long pipelines had been laid to provide gas to the Economic zone whereas work on the construction of access road is near completion.