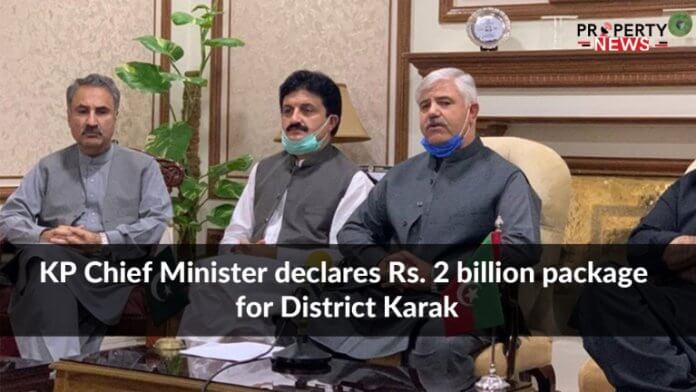 Islamabad: According to a recent news report, the Chief Minister (CM) of Khyber Pakhtunkhwa (KP), Mr. Mahmood Khan has recently announced a 2 billion rupees package for the provision of gas for District Karak.

During a one day visit to District Karak on Tuesday, he further addressed the public after the groundbreaking ceremony of Makh Banda Dam project and another project which is a 32-kilometre long road from Banda Daud Shah to Gurguri.

The CM stated that oil and gas royalty funds were the right of people of Karak and other oil-producing districts, adding that the incumbent government, as per the vision of Prime Minister (PM) Imran Khan has launched the Karak Area Development Project to ensure that the royalty funds are spent the people of Karak.

For more updates on the projects in KP, visit our website Property News.