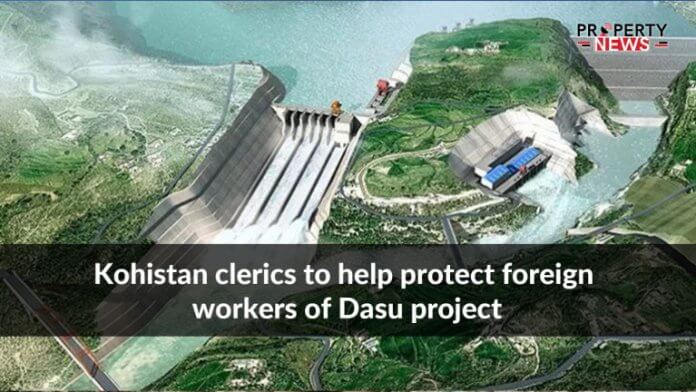 Mansehra: According to a recent news report, clerics in the Upper Kohistan district have assured the administration that they will not allow anyone to block work on the Dasu hydropower project and will help protect foreign workers.

“The ulema backed by all local tribes have announced that the residents won’t be allowed to hamper smooth execution of the Dasu energy project. Those challenging the government’s writ will be taken to task,” deputy commissioner Arif Khan Yusufzai told reporters at the end of a jirga in Dasu, the district headquarters of Upper Kohistan, on Thursday.

The case drew a significant number of clerics. Work on the dam was halted last month after Wapda guards opened fire on a group of people attempting to access a Dasu dam tunnel that was still under construction.

A total of five of them had been hurt. The deputy commissioner claimed that the land purchased for the Dasu dam was public property and that no one should assert possession of it.

He added that the district administration wanted to ensure brotherhood among the district’s tribes and that they are given a fair chance at project employment.