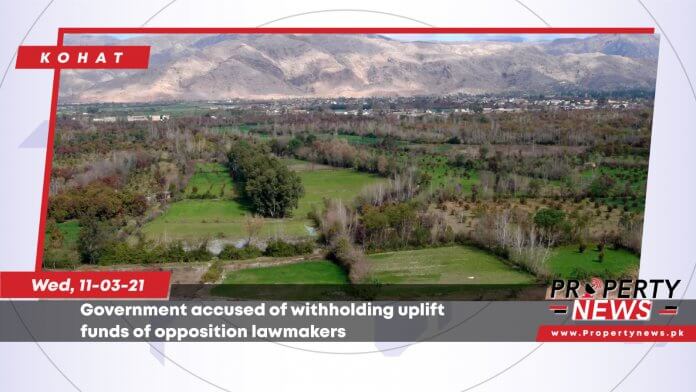 Kohat: According to a recent news report, Shahdad Khan, a Jamiat Ulema-i-Islam-Fazl MP from the oil-and-gas-rich PK-81 constituency, has accused the provincial government of blocking opposition lawmakers’ finances, depriving their districts of growth.

He asked the elders to discuss the question of the delay in gas and electricity supply with federal state minister Shehryar Afridi at a ceremony in Charghari on Wednesday.

He reported that the Peshawar High Court had ruled that 10% of oil and gas royalty funds should be used in the development field, but that the order had not been carried through.

Mr Shahdad said that the state minister was the chairman of the committee on incentive, social security, and royalty funds, but that he had not given his constituency a single penny in the previous seven years.

Separately, Sohail Khalid, the district police chief, has directed the officers to settle the disputes in consultation with tribal elders. On Wednesday, he reported this while speaking with staff at the Eagle Fort training camp in the Darra Adamkhel tribal subdivision.

To give consolation to the tribesmen, he said friendly policing will be encouraged in the tribal subdivision.