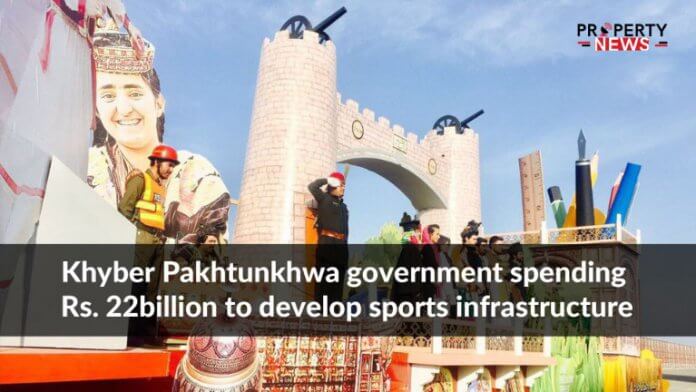 Peshawar: According to a recent news report, the Khyber Pakhtunkhwa (KP) government has been spending billions of rupees for the promotion of sports and developing international standard sports infrastructure including laying off 11 hockey turfs, seven separate gymnasiums for female and construction of three International Cricket Council (ICC) certified cricket venues.

The record is set by allocating Rs. 22 billion for the sports sector, which ensures a bright future for the players of the province as per the directives of Chief Minister Mahmood Khan, Additional Chief Secretary Shakeel Qadir and Secretary Sports Abid Majeed.

Work on hockey turfs at Kohat and D. I. Khan, and Swat are in the final stages, while approval has been given to lay hockey turfs in Abbottabad,

Nowshera, Bajaur, Khyber as well as changing of hockey turf in Lala Ayub Hockey Stadium Peshawar with an added facility of installing floodlights. The turfs at Mardan, Bannu and Peshawar are operational.