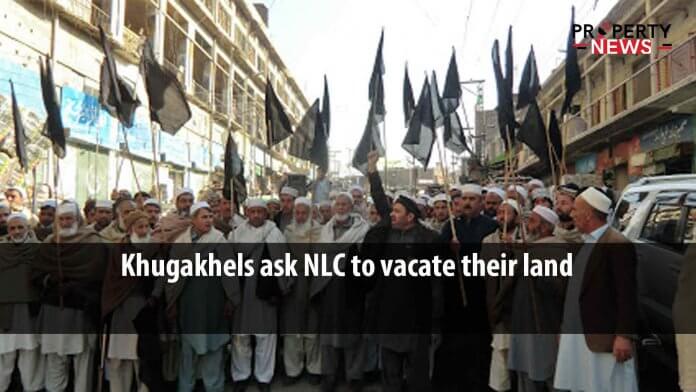 Khyber: According to a recent news report, the Khugakhel sub-tribe of Landi Kotal has demanded of the National Logistic Cell (NLC) authorities to implement the actual agreement about the construction of a customs terminal at Torkham and vacate the extra land they have occupied ‘unlawfully’.

Scores of Khugakhel tribesmen gathered at Bacha Khan Chowk in Landi Kotal on Monday to ask the authorities to accept their demands.

Mufti Ejaz, a Khugakhel elder, accused the NLC of trespassing on the 300-Kanal of the land promised by the NLC in a signed arrangement for the building of a customs terminal. He requested that their extra land be taken away immediately and that the matter be settled by negotiation thus adhering to the original agreement.

Meanwhile, Kukikhel elders in Jamrud requested on Monday that sacked polio employees are reinstated and their salaries are released.

Kukikhel elders Malak Pervaiz, Malak Noor Maraz, Malak Mohammad Ameen, and Eshfaq Afridi spoke at a press conference, saying that polio workers worked in tough conditions and that some of them died in terrorist attacks a few years earlier. They alleged that the health authority dismissed those committed employees without presenting a legitimate explanation for their dismissal.