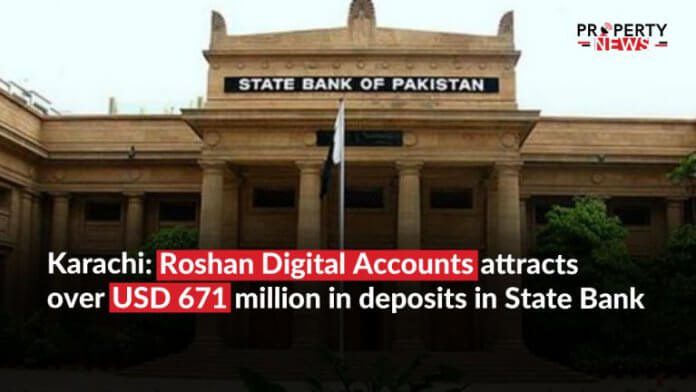 Karachi: According to a recent news source, the State Bank of Pakistan (SBP) revealed that the Roshan Digital Account (RDA) initiative has succeeded in attracting US$ 671 million from over 100,000 account holders.

Overseas Pakistanis from over a hundred countries have opened accounts and made deposits, according to the SBP, demonstrating that the RDA program is expanding its scope while also assisting the government in addressing Pakistan’s current account deficit.

Prime Minister Imran Khan declared the RDA on September 10th, 2020. It is a collaboration between Pakistan’s central bank, the federal government, and commercial banks.

Roshan Digital Accounts was originally available at eight commercial banks but owing to its diverse product range and investment sectors, it has been expanded to other banks. To draw more non-resident Pakistanis, the plan gives a better return on deposits than in developed economies.