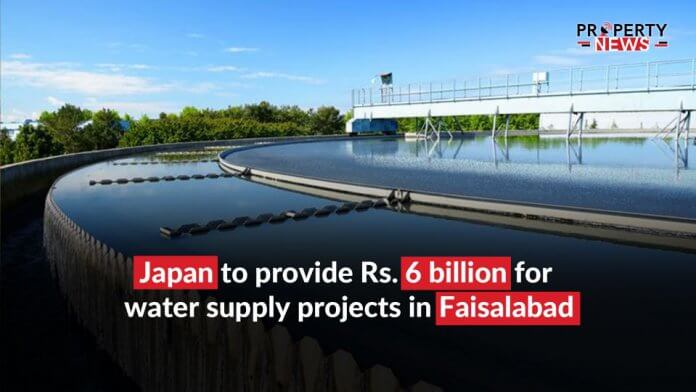 Faisalabad: According to a recent news report, Japan has offered an Rs. 6 billion (Japanese Yen 4.09 billion) grant to develop the water treatment and distribution infrastructure in Faisalabad. Noor Ahmed, Secretary of the Economic Affairs Division, and Kuninori Matsuda, Ambassador of Japan, signed the exchange notes in this regard.

Read More: Weather surveillance radar to be provided funds by Japan in Sukkur

The economic affairs minister, speaking on the occasion, said that Pakistan values its cordial ties with Japan and that the two countries hold common positions on most regional and international issues. He further stated that Pakistan is one of the developing countries where limited water resources are depleting drastically due to rapid population growth and increasing economic activities.

“Water is the core source not only for the sustainability of life but also for various developmental sectors such as health, agriculture, energy, urban and industrial development. Therefore, Japan’s assistance regarding water and sanitation is highly valued by Pakistan. Japanese economic assistance has played and shall continue to play a vital role in the socio-economic uplift of Pakistan.”

Read More: Faisalabad to gets its first Miyawaki forest reserve

The Japanese ambassador claimed in his remarks that this is Japan’s single largest aid donation to Pakistan this year. On a lighter note, he joked that after this assistance, Japan could be recognized as a source of safe drinking water rather than the land of the rising sun.

With a population of 3.8 million, JICA Chief Furuta emphasized that Faisalabad is Pakistan’s third most populous city and that inadequate water supplies and an inefficient water delivery network, as well as the danger of industrial wastes and sewerage deposits flooding into the water system, pose significant environmental and health risks.