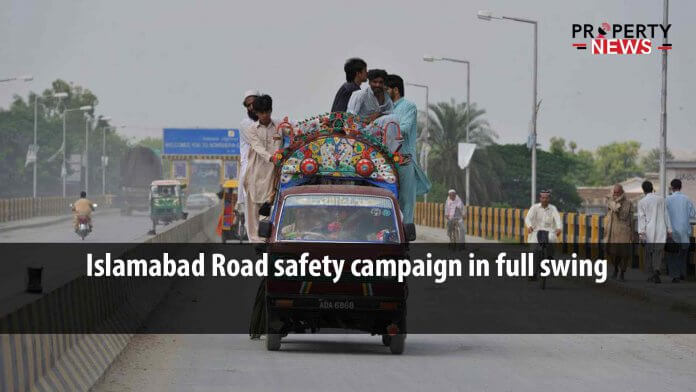 Islamabad: According to a recent piece of news, the traffic police’s road safety campaign is in full swing and the police issued 21,948 tickets worth Rs. 6.1million during the last week over traffic violations.

The campaign was launched to ensure traffic discipline in the city and overcome accidents by creating awareness about traffic rules among road users.

According to the IGP, the police are working hard to ensure the safety of its residents and to reduce traffic incidents by maintaining a healthy road atmosphere in the area. According to him, 13-speed check cameras have been mounted at various locations to track speeding. According to the IGP, a special campaign is being conducted in educational institutions to teach students about traffic laws.