Islamabad: Pakistan and Uzbekistan agree to form a working group on cargo transportation 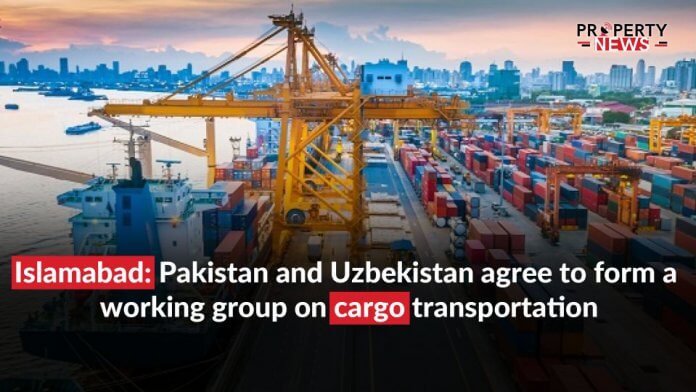 Islamabad: According to a recent news report, Pakistan and Uzbekistan have announced the decision to form a joint working group for future coordination in connection with the access to Pakistani seaports.

When Uzbekistan Railways Deputy Chairman Akmal Kamalov and a delegation paid a visit to Maritime Affairs Minister Ali Zaidi on Wednesday, they reached an agreement. The delegation briefed the minister on their visits to Karachi and Gwadar ports, as well as the future of cargo transportation.

Uzbekistan, which currently relies on the Iranian seaport of Bandar Abbas for foreign trade, is looking at other alternatives, with Pakistani ports being prioritized due to their proximity, cost, and political considerations. Uzbekistan is partnering with Pakistan on the construction of two options: The Trans-Afghan railway project and a road route via China.

Pakistan, Afghanistan, and Uzbekistan signed a roadmap in Tashkent last month for the construction of a nearly 600-kilometer railway line linking Mazar-i-Sharif, Kabul, and Peshawar.

The scheme, which is planned to be completed in five years for a cost of $4.8 billion, has the support of foreign lending institutions such as the World Bank.