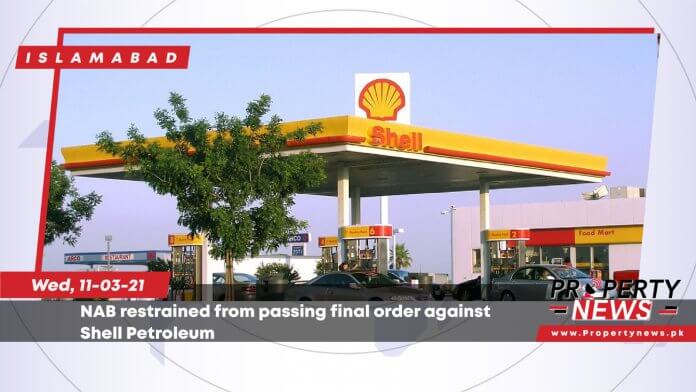 Islamabad: According to a recent news report, on Wednesday, the Supreme Court barred the National Accountability Court (NAB) in Karachi from delivering any final order or judgement against Shell Petroleum, which had requested the apex court to reject a reference against it for supplying jet fuel to a firm called Aero Lube.

Senior counsel Makhdoom Ali Khan pleaded in court that his firm, Shell Petroleum, was being pulled into criminal action unnecessarily because it supplied jet fuel to Aero Lube.

The prosecutors alleged that this fuel should only be supplied to the Armed Forces or the Aviation Industry, but the defence prosecutor argued that there was no rule limiting the selling of jet fuel to the aviation industry. The related laws drafted by the federal government do not prohibit such transactions, according to the lawyer.