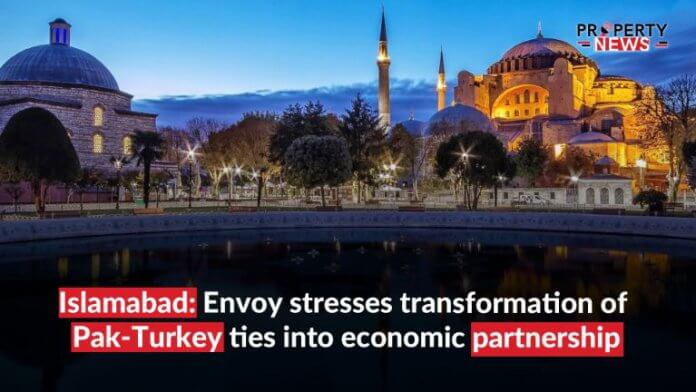 Islamabad: According to a recent news report, Ihsan Mustafa Yurdakul, the Turkish Ambassador to Pakistan, has stated that it is time for Pakistan and Turkey to turn their traditionally strong bilateral relations into stronger trade and economic ties.

On Monday, the Turkish envoy told a delegation from the Federation of Pakistan Chambers of Commerce and Industry (FPCCI), headed by Capital Office Chairman Qurban Ali, that this was the case.

Turkish businessmen are eager to visit Pakistan, according to the ambassador, to pursue potential industry and investment prospects. He added that once the pandemic situation improves, a big Turkish trade delegation will visit Pakistan.

He also extended an invitation to the FPCCI delegation to visit Turkey and assured them of his full support and assistance in making their visit a success.

He claimed that Pakistan and Turkey have common visions and philosophies and that the relationship between the two countries is the strongest and ideal in the world. “The private sectors of both countries have been closed as a result of the FPCCI and Turkish Chamber of Commerce, which are playing a key role in stabilizing and improving bilateral trade relations,” he said.

“The experience of the Turkish tourism sector can be utilized for the development of the tourism sector. As half of the world’s highest peaks are in Pakistan and the current government is also paying special attention to the promotion of tourism, the Turkish technology in various fields may lead to Pakistan’s various sectors being developed and beneficial,” he added.