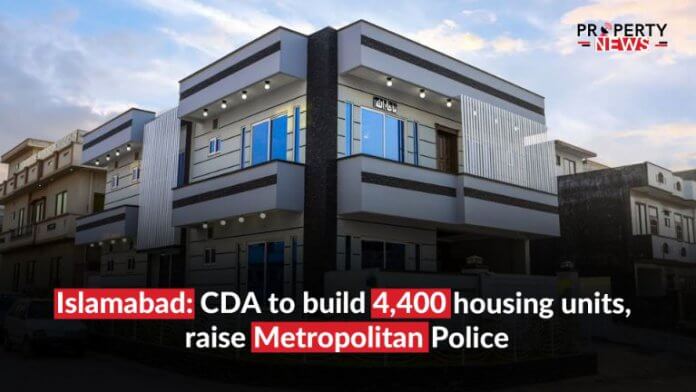 Islamabad: According to a recent news report, the city managers took important decisions including the construction of 4,400 low-cost housing units establishment of Metropolitan Police and getting three roads built through the Ministry of Defence.

Chairman Amer Ali Ahmed presided over a meeting of the Capital Development Authority (CDA) board. It was decided to build apartments in Alipur Farash.

Via the CDA, the apartments will be distributed to displaced Katchi abadis residents and beneficiaries of the Naya Pakistan Housing and Development Authority through an auction.

The board unanimously voted to establish the first-ever Metropolitan Police force to assist residents and visitors. The Metropolitan Police will be established in cooperation with the Islamabad police, according to a board member, and will concentrate on guiding and assisting people in public areas, especially parks and other tourist attractions.

The CDA board approved these arrangements, and the federal cabinet would make the final decision. The decision was taken to expedite work to prevent disputes between the CDA and the defence ministry, according to the board member, because defence facilities were situated along part of the road alignment.