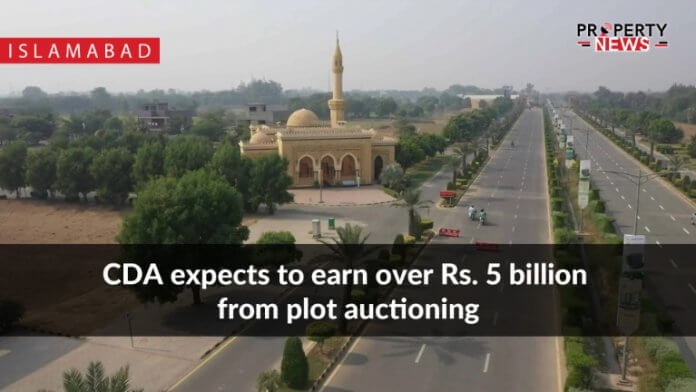 Islamabad: According to a recent news report, the sale of 29 commercial plots, which will take place at the end of this month, is estimated to rake in more than Rs. 5 billion, according to city officials.

“We anticipate a sales range of Rs. 5 to Rs. 7 billion. Due to business-friendly policies, previous auctions in the last year or so have been popular. So, we expect good sales this time as well,” said Capital Development Authority (CDA) Chairman Amer Ali Ahmed.

Plots for five-star hotels, apartment clinics, and gas stations will also be auctioned, according to the release. It reported that to have the best investment options, CDA has placed plots in established sectors up for sale.

The auction committee has agreed to offer a 10% discount to those who pay within 30 days of their winning bids,” it said, adding that the committee has also given instructions for the acceptance of the building plan after the first instalment was paid.

The statement went on to say that an investor would be granted permission to build on a plot only if he paid the full price of the plot and that developers who received building plan clearance before June 30 would be eligible for the Prime Minister Relief Package for the construction industry.