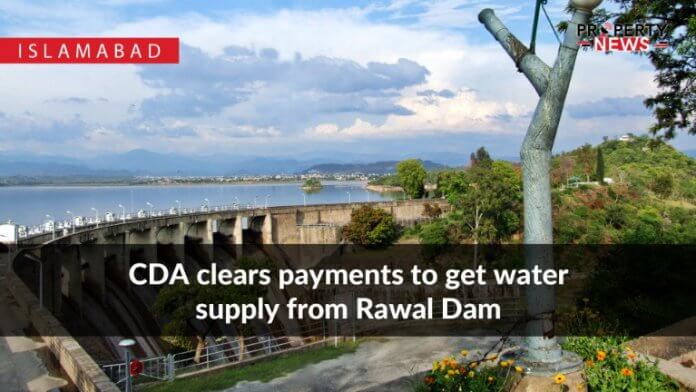 Islamabad: According to a recent news report, the disagreement between the Small Dam Organization (SDO) and the Capital Development Authority (CDA) over the release of two million gallons per day (mgd) of water from Rawal Dam to Islamabad is set to be settled now that the civic agency has paid the SDO the outstanding Rs. 32 million.

The SDO had demanded that the CDA clear the Rs. 32 million dues before returning the dam’s two-million-gallon-per-day supply.

The SDO will supply two million gallons of raw water to the CDA, which will process it at its treatment plant before releasing it to the sectors, according to CDA officials.

Rawal Dam is the only source of water for Rawalpindi. Until the 1990s, the CDA received two to four mgd every day, but the supply was later cut off.

Read More: Supply of water from Rawal Dam to be restored

Last year, however, CDA Chairman Amer Ali Ahmed agreed to restore the supply. The matter was taken up by a subcommittee, which ordered all sides to address the problem because Islamabad was suffering a water shortage.

CDA officials said a joint visit of officials from both the organizations was made to the water reservoir recently during which the CDA handed over a draft agreement to the SDO.