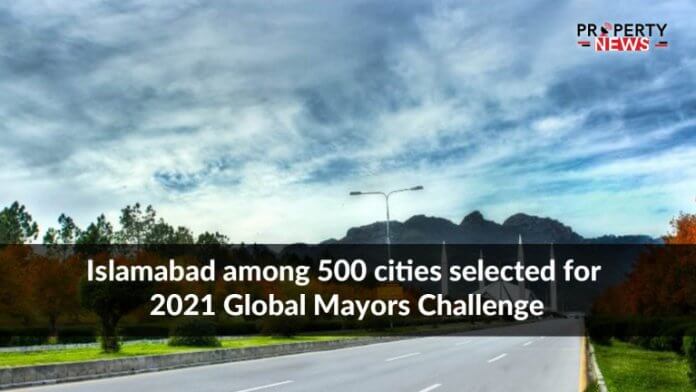 Islamabad: According to a recent news report, the capital city has been included among the first 500 cities selected for the 2021 Global Mayors Challenge; announced in January by US-based Bloomberg Cities Network.

The international competition aims to identify and accelerate the most ambitious ideas developed by cities in response to the COVID-19 pandemic’, according to Bloomberg Philanthropies. ‘It is meant to select top 50 ideas from municipalities based upon the criteria of vision, impact, implementation and transferability. Idea themes include health, inclusive growth, climate change and good governance,’ the organization stated in its January announcement.

The effort is being led by the Metropolitan Corporation of Islamabad (MCI). Street sellers have been included in the scheme. MCI has also developed a Street Economy Unit to help these people change their lives. The federal government’s poverty alleviation program, Ehsaas, is supporting the MCI in its attempts to enhance the conditions of the country’s underprivileged.