Import of Indian cotton likely to be resumed 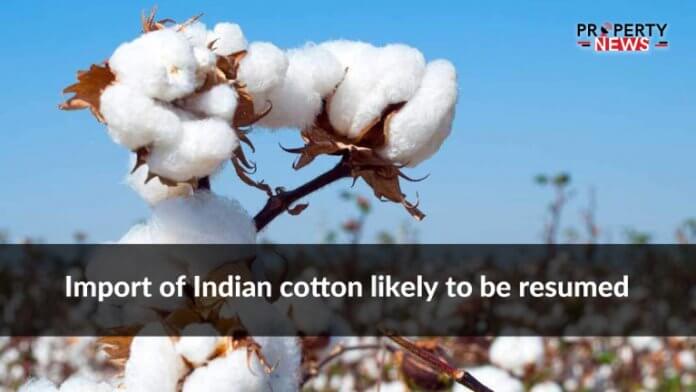 Islamabad: According to a recent news report, Pakistan may allow cotton import from India through the land route as prospects of the gradual restoration of bilateral trade ties have brightened after the new ceasefire agreement along the Line of Control (LoC).

The report claimed that the issue of cotton shortfall had been brought to the notice of Prime Minister (PM) Imran Khan whereas a formal summary will be presented before the Economic Coordination Committee (ECC) of the federal cabinet after a principled decision is taken in this regard. “In-house deliberations have already begun but the final decision would be taken only after seeking the premier’s approval.”

The arrival of seed-cotton into ginneries plunged 35% to 5.57 million bales as of January 31, 2021, the lowest level witnessed in Pakistan’s history in the last two decades.

Textile mills purchased 5.046 million bales of the overall production, while exporters purchased 70,200 bales. Only 90 ginning mills are currently operational in the region.

Cotton outputs in the country have fallen to historic lows, owing to poor seeds and a lack of technology and innovation, putting farmers’ livelihoods and the textile industry’s viability in jeopardy.