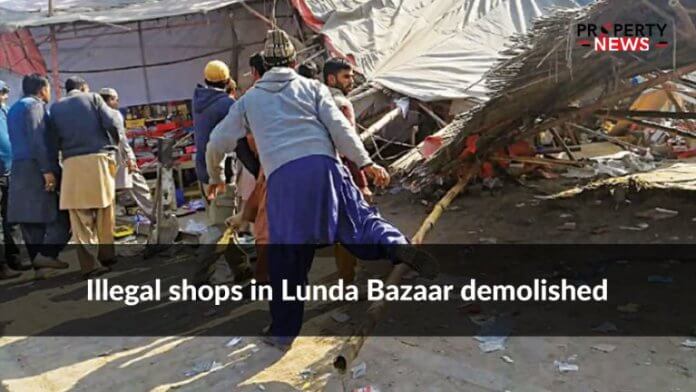 Faisalabad: In a recent report, the district administration bulldozed dozens of makeshift shops established at the Lunda Bazaar on Rajbah Road on Thursday.

Assistant Commissioner (City) Ayub Bukhari, who was accompanied by the police and the railway officials, led the operation. The shop owners did not put up any resistance.

Such operations have been carried out in the market in the past too as, according to the district administration, the whole market was unlawful, and it had been set up on the railway land.

A couple of months ago, a special team of the railway officials had demolished all the shops with a warning to the shopkeepers of stringent action. However, some days after the operation, scores of shops again sprouted on the land and the shopkeepers started doing business.