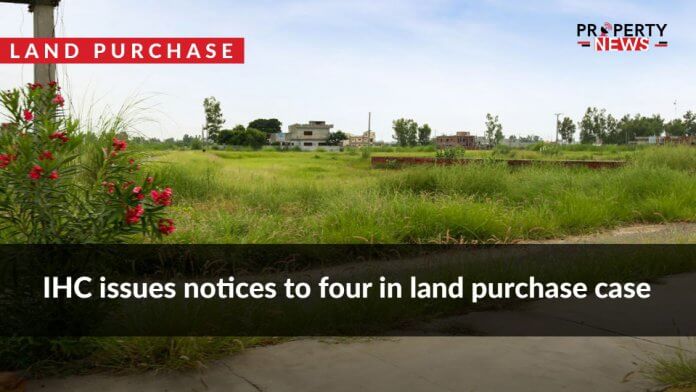 The petitioners Azmatullah and Mohammad Umar Gondal filed the petition through their counsel Raja Rizwan Abbasi and Danish Abbasi. The petition stated that petitioners purchased land measuring 30 Kanals in Mohra Noor Islamabad which is adjacent to the land of Prime Minister Imran Khan.

It said that out of 30 Kanals, they have sold 16 Kanals while 14 Kanals of land was in their possession. According to the petition, the petitioners started landscaping and designed the land to convert it into the orchard, labourers were also hired for this purpose. However, the assistant commissioner (rural) and SHO Banigala stopped them from construction.

When the petitioners approached the district magistrate (deputy commissioner) and others, they were told that Shahraz Azeem Khan, nephew of Prime Minister Imran Khan, is interested in buying their land and advised the petitioner that “it is better for them to sell this land” to PM’s nephew.

According to the petition, under Article 23 of the constitution, any citizen has the right to hold or dispose of his property. The petitioners requested the court to declare the forced acquisition of their lawful land as illegal and restrain the district administration and police from interfering in this matter.