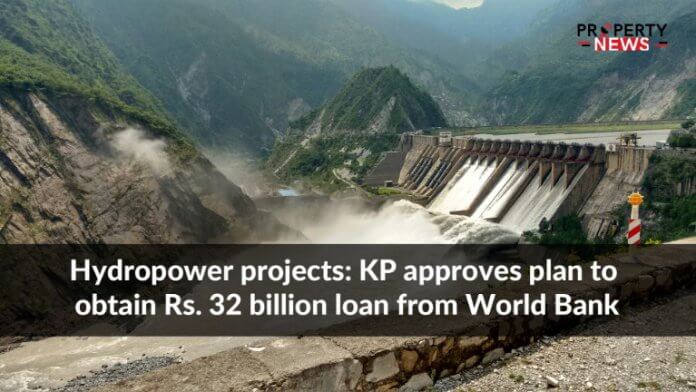 Peshawar: In a recent new report, the Khyber Pakhtunkhwa government has approved a plan to procure a loan of Rs. 32 billion from the World Bank for the reconstruction and development of hydropower projects in the province over the next seven years.

According to details revealed, the KP government has formulated a plan, worth over Rs. 116.35 billion, to utilize hydropower and renewable energy resources in the province, out of which the Pakhtunkhwa Energy Development Organization (PEDO) would obtain a loan of Rs. 32 billion from the WB.

The World Bank’s International Development Association would also invest Rs. 40 billion in this regard. In addition, the KP government would borrow Rs. 29.60 billion from local commercial banks, besides spending Rs. 14.72 billion from its own resources.

According to the documents, PEDO would collect the loan and would be responsible for the repayment of the loan and the interest rate on it. In total, Rs. 60 billion would be spent on hydropower projects, including the 88-megawatt Gabral Kalam hydropower plant, and installation of turbines, generators, and electromechanical equipment for various power plants in Madian and Swat. Hydropower facilities would also be provided at these locations.