Housing colony sealed while work on seven others halted 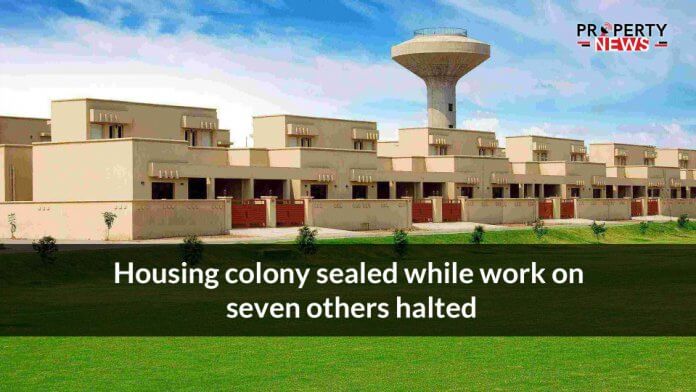 Muzaffargarh: According to a recent news report, the district administration shut down a 300-Kanal housing colony and put a stop to the building of seven more.

The district administration in Kot Addu sealed Green Valley Housing Colony for allegedly being unconstitutional. Last week, a case against it was submitted to the Anti-Corruption Establishment, but the ACE is yet to take action.

Deputy Commissioner (DC) Amjad Shoaib Tareen said the colony was sealed because the owner failed to secure a No-Objection Certificate or comply with other legal requirements when the colony’s plots were being sold. He went on to say that the colony’s map had not been authorised and that no land had been set aside for a cemetery even though people had begun to live there.

Seven more housing colonies in Muzaffargarh and Kot Addu have been investigated, according to the DC, and their cases have been referred to the Dera Ghazi Khan ACE.