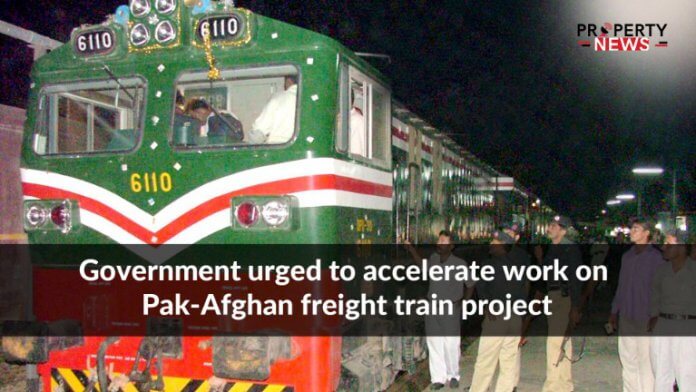 Peshawar: According to a recent news report, the traders, and industrialists of Khyber Pakhtunkhwa have demanded the government to give a final review to the Pakistan-Afghanistan-Central Asia train track project without any delay, as it would provide the much-need impetus to Pak-Afghan trade.

While talking to the media, Shahid Hussain, former senior Vice President (VP) of the Sarhad Chamber of Commerce and Industry, informed that the Mazar-e-Sharif-Kabul-Peshawar railway track project was agreed by the governments of Uzbekistan, Afghanistan, and Pakistan during the previous week. However, the details of the project financing were not announced; it will either be funded by international institutions or the three countries themselves.

Shahid Hussain maintained that the Pak-Afghan transit and bilateral trade was currently being hampered by transportation issues, as traders were being made to pay exorbitant fares to acquire the services of heavy cargo vehicles in Pakistan.

According to Shahid Hussain, timely completion of this railway project would significantly reduce the transport cost being endured on local products, while products imported by Pakistan from other countries at high prices would also be available at lower prices from Central Asian countries.