Government forms committee to restore economic relations with the US 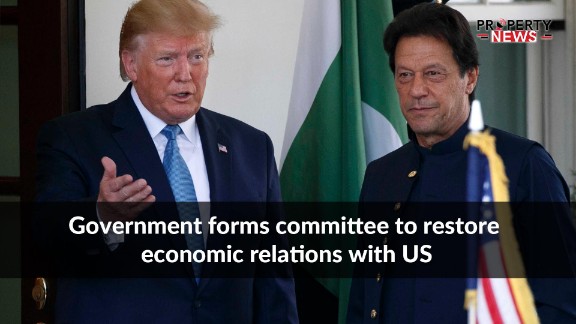 Islamabad: According to a recent piece of news, the government has established an apex committee to work on re-engaging the United States in economic ties, including the possibility of pursuing investment through the China Pakistan Economic Corridor (CPEC) initiative.

The 14-member ministerial apex committee, headed by Foreign Minister Shah Mahmood Qureshi, will meet next week at the Foreign Office (FO) to discuss several economic and commercial initiatives to warm relations with the new US government, according to local media reports.

Pakistan’s decision to enter President Xi’s Belt and Road Initiative (BRI) in June 2013 placed US-Pakistan economic ties on hold. During the term of former President Donald Trump, the US did not name a full-time ambassador to Islamabad, instead of limiting official commitment to the rank of assistant secretary of state.

The Board of Investment (BoI) has suggested that through CPEC, Pakistan can give the US some areas of cooperation while remaining “aware of both the US and China’s sensitivities,” adding that US foreign direct investment can be drawn through technology firms and special opportunity regimes.