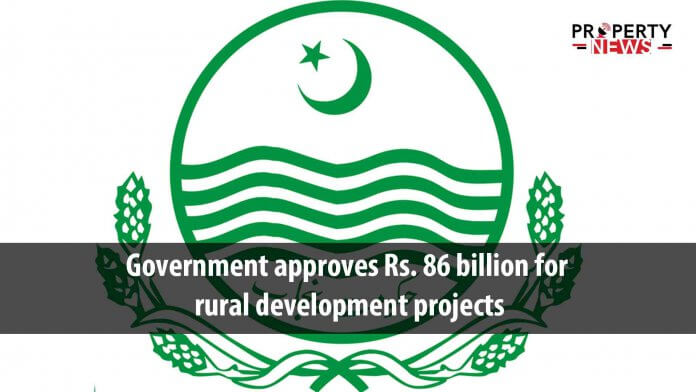 Lahore: According to a recent news report, the Punjab Government has approved a sum of Rs. 86 bullion for nearly 100 development projects aimed at bringing about development in the rural tehsils of the province.

It was agreed to include the respective commissioners in the steering committee to oversee the success and openness of the development projects during a review meeting of the Punjab Rural Sustainable Water Supply and Sanitation Project of the Planning and Development (P&D) Council, which was presided over by Local Government and Community Development (LG&CD) Secretary Noorul Amin Mengal.

The government’s steering committee has been tasked with undertaking a comprehensive review of existing programmes to eradicate bureaucracy and ensure prompt completion.

Speaking on the occasion, the LG&CD secretary revealed that a third-party audit will also be conducted, and no compromise will be made on the infrastructure quality of the projects.

According to reports, operation at the Tehsil level was suspended due to the elimination of Punjab’s local government governance structure. Also, funding for construction projects has been delayed for a long time, resulting in degraded or non-existent infrastructure in rural areas.

The government has agreed to raise the level of poverty-stricken tehsils with renewed vigour. Usman Buzdar, the Chief Minister of Punjab, has ordered all concerned parties to expedite progress on all development projects to provide relief to the residents.