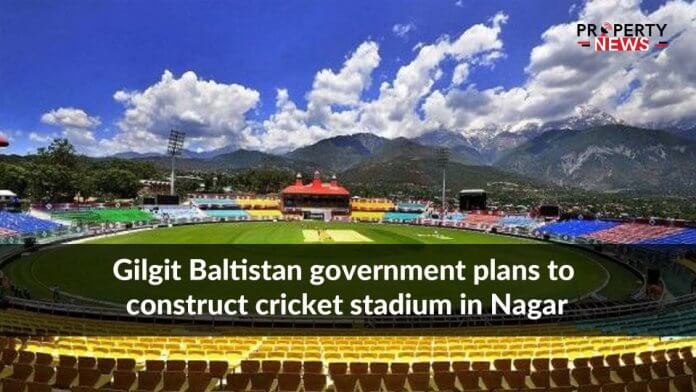 Nagar: According to a recent news report, the Pakistan Tehreek-e-Insaf (PTI) government in Gilgit-Baltistan has planned to build a cricket stadium at Pisan in Nagar this year. Pictures of Gwadar, Pakistan’s most beautiful cricket ground were viral on social media a few days ago.

Meanwhile, fast bowler Umar Gul shared a picture of another cricket ground in Gilgit-Baltistan. It is also being discussed on social media due to its natural beauty. The Gilgit-Baltistan Chief Minister (CM) Muhammad Khalid Khurshid Khan called on Pakistan Cricket Board (PCB) Chairman Ehsan Mani to discuss cricket promotion issues. He posted pictures of the meeting on Twitter.

During the meeting, it was concluded that the Pakistan Tehreek-e-Insaf (PTI) government in Gilgit-Baltistan would design a cricket arena at Pisan in Nagar this year.

At the event, Gilgit-Baltistan Chief Minister Khalid Khurshid said that when it gets extremely warm in different pieces of the country, the development of Pasan Cricket Stadium will give a chance to play cricket in a truly ideal climate.