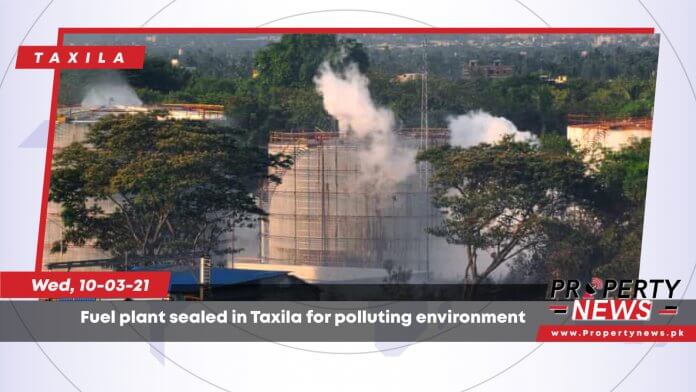 Taxila: According to a recent news report, after public protests that the factory was polluting the air and causing problems for the surrounding people, the local administration and health authorities sealed a tyre-derived fuel plant in Bun Bhola in Thatta Khalil union council.

Assistant Commissioner Shahzad Mehboob’s raiding team discovered that hundreds of employees were employed without protective devices and that there were no fire safety arrangements in place. Mr. Mehboob explained that setting up a tyre-derived fuel plant required the permission of the local people, as required by statute.

In answer to a comment, he said that tyre-derived fuel is being used as a furnace oil substitute.

Officials from the local government told reporters that the device was sanctioned because burning tyres for fuel emits huge amounts of mercury, sulphur, and dust contaminants into the environment, all of which are carcinogenic.