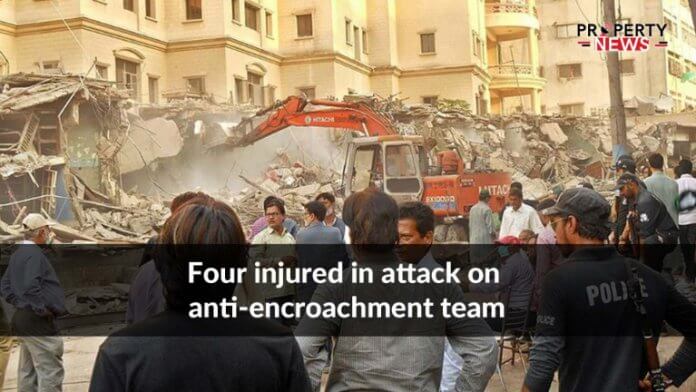 Bahawalnagar: According to a recent news report, four officials including an ASI and a gardawar were injured during an anti-encroachment drive at Fort Abbas to recover government land after the team was attacked on Thursday.

On the orders of the assistant commissioner, revenue department officials conducted an operation at Chak 222/9R of Fort Abbas to recover state property, according to police.

The anti-encroachment unit left the mission and returned, according to the police, while the wounded were taken to the hospital. Before the filing of this article, no FIR had been filed in connection with the incident.