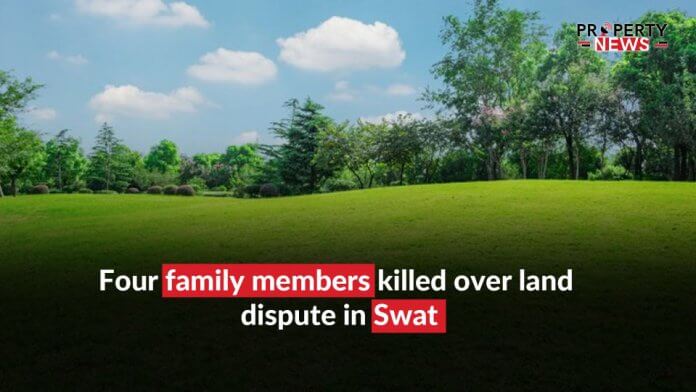 Swat: According to the Kabal Tehsil police, on Tuesday, a man shot dead four family members and injured two others over a domestic issue in the Deolai village.

Mohammad Ali, according to Kabal police authorities, opened indiscriminate fire, killing his mother, two daughters, and a sister-in-law. Two other members of the family were critically injured in the crash. The wounded is taken to the Saidu Sharif Teaching Hospital in Saidu Sharif, Pakistan.

The incident happened in the morning, according to DSP Badshah Hazrat, and the police arrived on the scene and detained the suspect. According to him, the original inquiry revealed that the accused had some mental health problems.

Local residents, on the other hand, believed that the accused had no medical problems and that the altercation was the result of a land dispute.