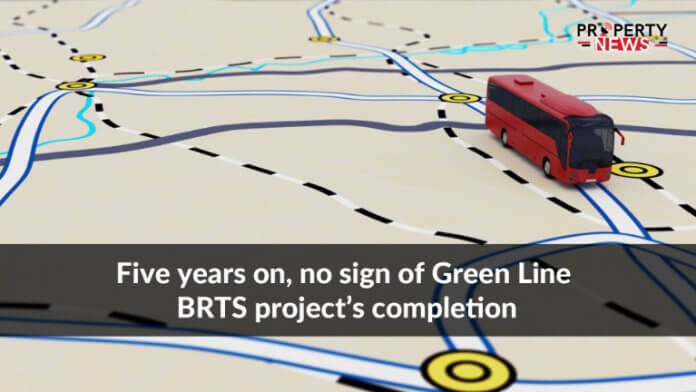 Karachi: According to a recent news report, the federal government had given another deadline for the opening of the Green Line bus rapid transit system (BRTS) project in July-August, any relief in the transport sector seems a distant dream for Karachiites who have been waiting for the project’s completion ever since its groundbreaking was performed by former prime minister Nawaz Sharif on Feb 16, 2016.

Asad Umar, the Federal Minister for Planning and Construction, previously announced that the prototype for a bus for the Green Line project would be completed by March and that bus deliveries would begin in June. He had intended for the Green Line to be operational by July or August.

For the citizens of Karachi, however, who urgently need a proper mass transit system in their area, changing deadlines are nothing new. Despite new promises, five years later, concerns persist about the initiative.

The big public transit project in Karachi, which was scheduled to be done by the end of 2017, keeps being moved back. The battered roads on either side of the route have been a big cause of irritation for travellers and shopkeepers doing business since the scheme’s inception.

The residents of Karachi are well aware of the suffering that their city’s lack of a robust public transit system creates. In a 2015 study with Mansoor Raza and the Urban Resource Center, famed city designer Arif Hasan chronicled these woes.