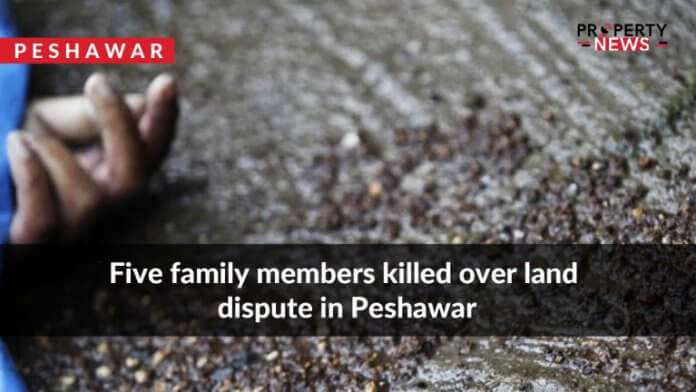 Peshawar: According to a recent news report, five members of a family, including three women, were killed over a land dispute in the early hours of Monday, the police said. The incident took place in the Landi Akhund Ahmed area on the outskirts of the city.

SP Saddar circle Waqar Khan confirmed the incident and said the victims were killed by relatives over a dispute on a three-marla plot. He claimed the police had traced the killers and they would soon be arrested.

A police spokesperson identified the slain as Karam Shah, his two wives, Yasmeen and Sitara, son Zubair and daughter Kulsoom. He said suspect Mukhrif Shah, a nephew of Karam Shah, entered the house during early hours and shot the five people dead and managed to escape.

Samina, the wife of slain Zubair, told the police that the accused entered their house early on Monday and went on a rampage, killing her husband and other relatives. She said two to three other armed accomplices were also inside the house at the time of the attack.