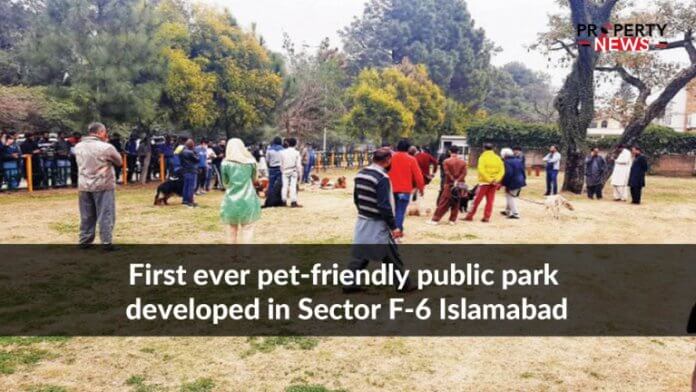 Islamabad: According to a recent piece of news, the Capital Development Authority (CDA) administration has opened a pet-friendly park in Sector F-6 Hill Road to facilitate the citizens by enabling them to walk their pets. The beautiful park is designed for the citizen to sit, play with, and walk their pets.

As per the subtleties, the municipal authority made this stride after revised solicitations of the pet-claiming residents to dispatch such areas in the city. Beforehand, no administration worked on pet parks in the city. In addition, there is a current boycott in the city that confines individuals from carrying their pets to park areas.

In another turn of events, CDA has started the cleaning of regular channels in Sector F-6 and F-7 in Islamabad. According to a CDA official, over twelve streams moved from Margalla Hills that have now transformed into nullahs over the long haul because of fumble and ghettos that involve their banks. As of now, large equipment is being sent to clean the channels and fences are intended to keep trash and sewage from entering the channels.