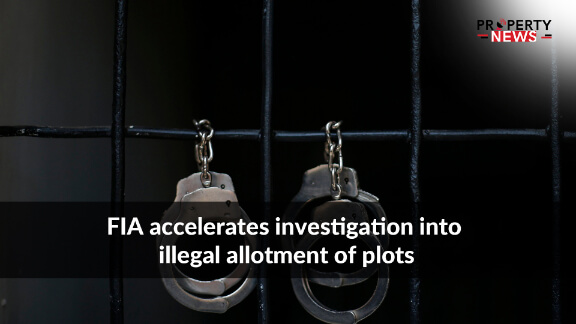 Islamabad: According to a recent report, the Federal Investigation Agency (FIA) has accelerated an investigation into alleged illegal allotment of almost 7 residential plots by the Capital Development Authority (CDA).

Sources in the investigation agency said in the inquiry related to bogus allotment of seven plots in sectors I-11 and I-12, the FIA has been recording statements of CDA officers. According to the sources, the FIA had solid evidence to establish the involvement of some former employees, who served on deputation in the CDA, and some current employees in the scam.

The scam surfaced in August last year when the security directorate of the CDA seized the files of seven plots minutes before issuance of their allotment letters from the One-Window Operation Centre of the civic agency.