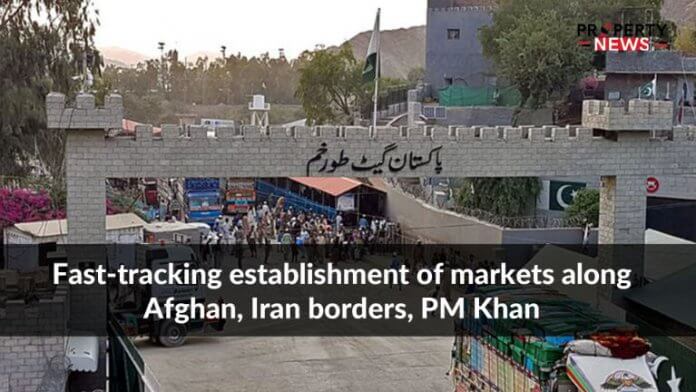 Islamabad: In a meeting held on Monday, the 18th of January, it was reported that Prime Minister Imran Khan has directed concerned officials to accelerate measures regarding the establishment of markets in Pakistan’s bordering areas with Afghanistan and Iran, along with formulating an inclusive strategy in this regard.

While emphasizing the importance of markets for the prosperity of people residing in the districts of KPK and Balochistan. PM Imran Khan later stated that the establishment of markets will crease employment opportunities for the local population and will also reduce the crimes of mugging.

The meeting was further notified about the draft PC-1 and the progress on negotiations with Iran and Afghan authorities for the establishment of 18 proposed border markets, out of which four would be established under a pilot project.

The meeting was briefed about the federal and provincial level measures taken so far for the establishment of the proposed border markets, which would ensure the provision of better business opportunities to the local population at Pak-Afghan and Pak-Iran borders, and promote trade and employment opportunities for the youth.

For more updates and information, visit our website Property News.