Faisalabad to gets its first Miyawaki forest reserve 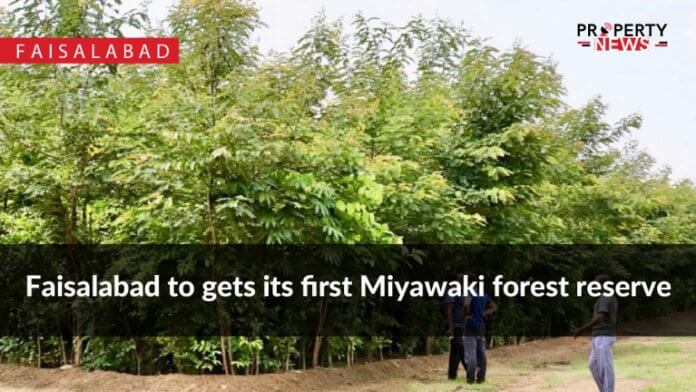 Faisalabad: According to a recent news report, the Parks and Horticulture Authority (PHA) Director General (DG) Asima Ejaz Cheema, inaugurated a Miyawaki forest reserve at the Jinnah Gardens in the city. Director Horticulture Abdullah Nisar Cheema was also present on the occasion.

The PHA DG said that during the testing process of the plantation drive, the authority would use the Miyawaki plantation technique on five Kanals of land, adding that if the program is successful, it will be extended to other parks in the area.

She claims that saplings planted using the Miyawaki technique mature into full forests in 20 to 30 years, while conventional plantations take 200 to 300 years to mature into forests.

She went on to state that the system is named after Akira Miyawaki, a Japanese botanist who in his study stressed the importance of determining environment and ecological conditions before undertaking large-scale plantation drives.