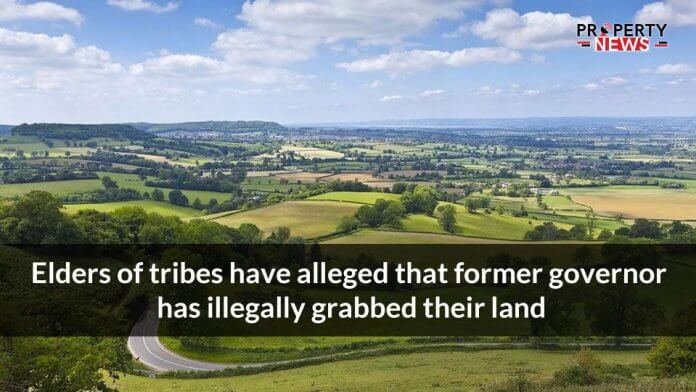 Peshawar: In a piece of recent news, the elders of Bajaur, Sarkani, Durrani, and Galikhel say that a former governor took their land unlawfully and that the district administration backed him up.

They said they dispatched a jirga to meet with the former governor to resolve the matter, but that he failed to do so. The elders said that they had regularly informed the appropriate authority, but that little had been done to resolve the issue.

They said the lease of over 200 acres of land was unconstitutional, but the former governor acquired 3194 acres of land during his tenure without consulting the citizens or the owners.

The elders said that the former governor had failed to pay even a single penny in royalty to landowners, as he had reportedly vowed.