Complete repair, reconstruction of 40km road in Karak by MOL 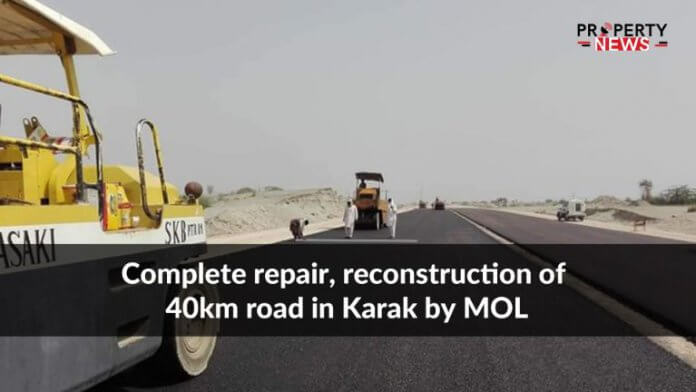 Peshawar: In a recent report, The MOL Pakistan Oil and Gas Company B.V along with its joint venture partners of TAL Block have completed the repair and reconstruction of the Gurguri-Banda Daud Shah Road in Karak district of Khyber Pakhtunkhwa (KP).

The newly-inaugurated road has been rehabilitated for Rs. 400 million provided by MOL Pakistan and its joint venture partners of the TAL Block, the company said through a dispatch.

Gurguri-Banda Daud Shah Road is a 40-km long road that passes through various communities located in the TAL Block, connecting more than 40 villages and about four union councils between the two districts of Karak and Hangu in the province of Khyber Pakhtunkhwa. This road is also used as an alternative transit route to Afghanistan and is significant to the development of local transit trade in the province.

Present on the occasion were Chief Minister Mahmood Khan, MNA Shahid Ahmad Khattak and other government and concerned officials.