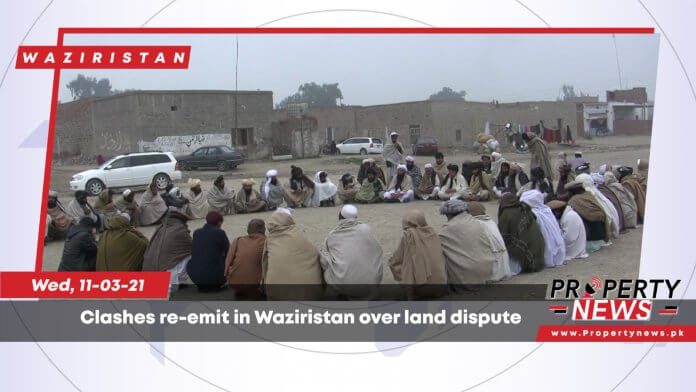 Wana: On Wednesday, clashes erupted between the Zalikhel and Dotani tribes in the Karkanra region of Wana tehsil in the South Waziristan tribal district over a land dispute.

Locals said armed men from the Zalikhel and Dotani clans, Ahmadzai Wazir’s sub-tribes, had taken positions on mountain tops and in homes and had been attacking each other with light and heavy guns since last night. There were no rumours of injuries, however.

It should be noted that two people, one from the Zalikhel and one from the Dotani tribes, were killed and four others were wounded in recent clashes between the tribes.

The involvement of the police and other law-enforcement agencies in putting an end to the clashes between the two tribes was challenged by the elders of the region.

They urged the district administration to take meaningful action toward finally resolving the land dispute.